New Era in Politics going to start today in Delhi

A new era is going to start in politics after 2 hours in Delhi. Still aam janta is confused, Still people like me stares Arvind with doubt. Will he change something in Delhi? Will he be corrupt or honest? Everybody is confused. Arvind & team will go by metro for taking Oath..Every step is confusing.
Some people say that he is a part of congress & some say that he is a honest officer. If he is not a part of congress then why congress has not given its 100 % input in delhi elections? why AAP has mingled with Congress for forming govt? Why Mr. Arvind has not opened any congress leader's case during his tenure as Assistant commissioner in income tax? Why he targeted only BJP for scam cases? Why he has not targeted Kapil Sibal and other congress ministers ? Why only Robert Vadra which is no one in Congress officially? Why Nitin Gadkari? Why Anna not favouring him? Why he is not coming today on Kejriwal Oath ocassion?

Might be few people know that Arvind Kejriwal is crorepati. Please see below data that Arvind has given to Election Commision. 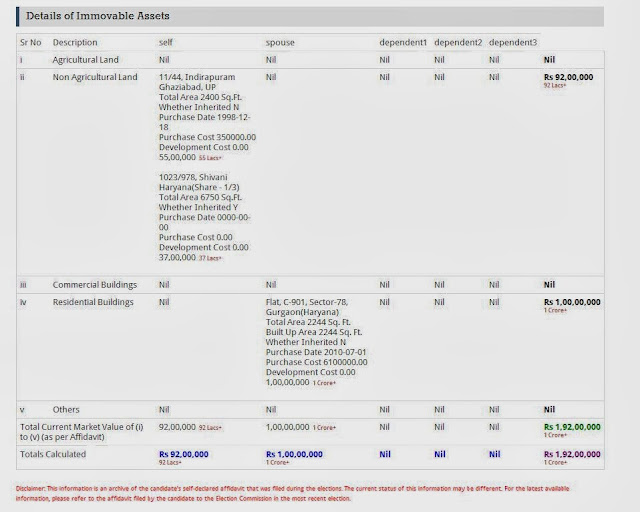 Clearly we can see that he has purchased one flat in 2010 after leaving his IFS job and cost of that is 1 crore rupees.
Questions are many , doubts are many...but we have to wait ..we have to watch his actions?