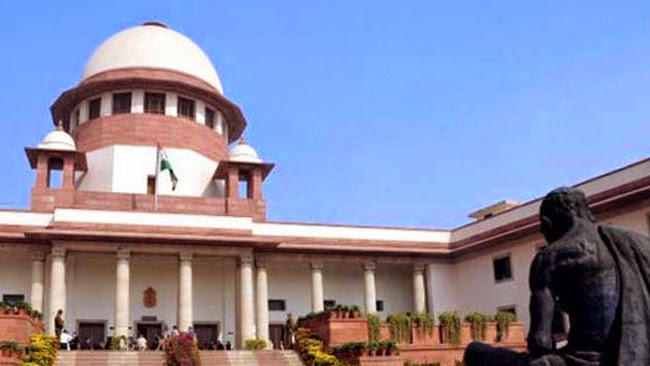 The Supreme Court on Tuesday adjourned a case filed by the Aam Aadmi Party (AAP) seeking dissolution of the Delhi legislative assembly followed by fresh elections, but judges said it was imperative that citizens of Delhi should be governed by the legislators they had elected. A constitutional bench headed by H.L. Dattu with J. Chelameswar, A.K. Sikri, R.K. Agrawal and Arun Mishra observed that they wanted the “appropriate authority” to take action and decide on the fate of the Delhi assembly, which is in suspended animation since February. There were no directions of any kind from the bench. However, Dattu, speaking for the bench, said that for a Delhi citizen who had elected his/her representative, it was imperative that he/she be governed by them. Members of the legislative assembly drawing salaries from taxpayers’ money without doing any work was not what a Delhi citizen would want, the judges said. The AAP, which ruled Delhi with outside support from the Congress party, resigned in February after the Congress and the opposition Bharatiya Janata Party (BJP) blocked its bid to introduce anti-corruption legislation. Lieutenant governor Najeeb Jung has held the assembly in suspended animation since then, prompting the AAP to demand fresh elections.  Senior lawyers Fali S. Nariman and Shanti Bhushan, representing the AAP, highlighted the Centre’s duty to give Delhi an elected government. Nariman argued that Delhi had been given the special status of a “national capital territory”, which would give it certain aspects of a state, like an elected government, making it necessary that this deadlock was ended. With no party forming a government, keeping the assembly suspended wasn’t fulfilling the people’s fundamental right to be governed by their elected representatives, they argued. Additional solicitor general P.S. Narsimha, counsel for the central government, said that months during which there has been President’s rule in Delhi isn’t that long a time, given that the tenure of a government is five years. Saying there was still a chance of a government being formed with fresh elections, Narsimha asked the court to not impose a time restriction on the government’s decision regarding the Delhi assembly.​ The case will be heard next on 9 September.
source: live mint
Posted by Gagan at 20:56