Every Newspaper...Every News channel giving up same news..Delhi CM on Road..
Its another surprising step by Kejriwal. Everybody saying him as an event planner who knows hows to advertise in today's era. I think he is showing the other people that Delhi police is not in his control and if something happens in Delhi because of Police then his government is not to be blamed. Some Netas just says out the things but he first gives out the proofs for the things & then says. If he could have said directly that suspension of Police is not in his hands, every common man would have stared him with suspicion. And now every common man will believe him that yes police is really not in his hands. He starts thinking where others have stopped.
He is really writing out pages of history for future generation. No CM has ever spent a night outside on road but him, No CM has opposed Police but him, No CM has yet taken action against Corruption but him. We people starts thinking against any other in no time, without giving the other person a little time. Its just a month back, his government has come. Let we should give him time & be patient & see after a year or so.
I do remember the words by public just after a day of his CM, "Delhi appears to be same even now". Delhi cannot be changed in a day. It takes time to improve others.
Kiran Bedi said "He remains a protester,has failed to be an administrator".For them i will say you people were asked to be administrator then why you haven't joined them? Its easy to scrutinize or criticize others job.
I will not say to favor or not to favor him. Nor a person should favor anyone.
Posted by Gagan at 21:10 No comments:

Where is water for all & where is cheap electricity? Do we people also start the things Mr. Kejriwal had done? Boycott of Electricity bills...
Where that Arvind has gone who promised us for decreasing bills without compromise? Time has changed so does Mr. Kejriwal. I got some information about him so thought of sharing with others.


There are cases & FIR's filed against Mr Kejriwal. 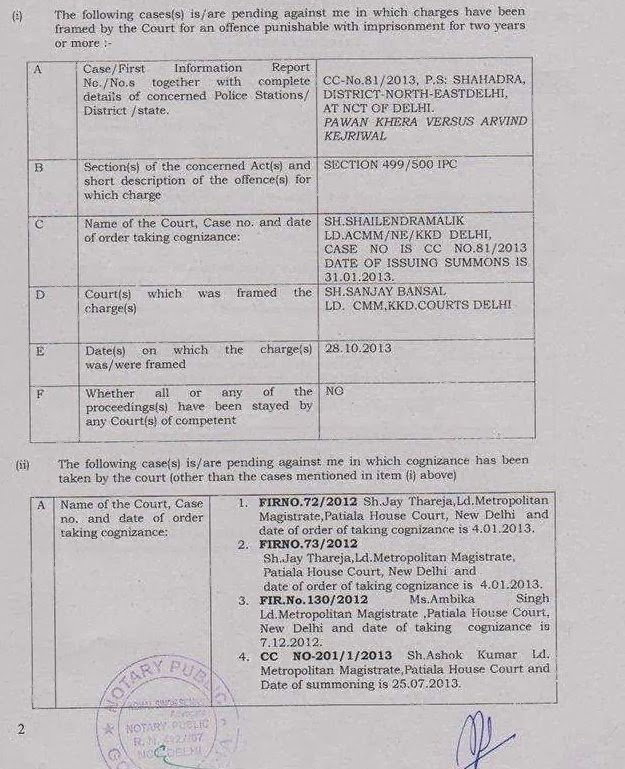 This is a scan copy of original Affidavit submitted by Arvind Kejriwal.
Posted by Gagan at 05:59 No comments:

What's there in Kejriwal??

He started with IIT..cracked that..Then he tried IAS...cracked that..Then he tried Vidhan sabha..cracked that too...what next?? Everybody tried pulling his leg during Vidhan sabha elections, many faces have not thought him as their competition. Most of the famous identities thought him a fool who will loose without any mark on the history that would be read by future generations..but who was aware that he will create history by changing the history of politics.who was aware that despite a minority seats he will form government..When congress & BJP were busy in campaigning, he has already completed his turn while being in Media for long time. When congress & BJP were busy in collections for election, he has already completed that. When all were busy in thinking how he will decrease electricity & water bills, he has done that too..He has taken a famous word of congress party i.e. aam aadmi..See the name he kept for his party "AAP" which means yours & with that now no congressmen or no BJP guy can say " Hum aap ki party hain..Hum aap ke liye kaam karte hain"..
Before trust vote he said " We are not here to make or save the this government. This is about a war against corruption" ..He created the situation from where no body can escape & leading congress to give him support. If congress would have not supported him then he would have said that congress does not want its leaders to get probed so that's why congress has taken a step back. So he left congress with no option other then giving him their trust vote.
Another thing we might have seen that during his Oath ceremony, he has given speech & during his speech he praised Dr. Harshwardhan. I am shocked for that & he left me totally confused after that. Why he has taken his name? Does that mean something to AAP? or does that for making some conflicts in between BJP? or does that for giving Harshwardhan a chance to join AAP? Unfortunately no debate happen over that. But that really raised a lot questions in everybody's mind.
He was given a bungalow of 5 rooms.Firstly he agreed for that and after a day he disagreed..saying Delhi people don't want their CM to be in that bungalow but in a smaller house, so he suggested for search of smaller home. If that thing has also increased his stardom or it has a negative impact?  Time will tell or we should say Lok sabha will tell. Every step of him is raising bars for other parties. Every step of him is making other Netas life difficult. Lets see where it will stop. Lets see that will we be able to see Netas like ordinary government service men.Everybody has eyes on Kejriwal. Will he be proved as Role model for others or what else? 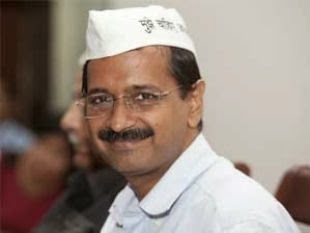